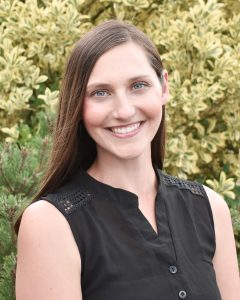 I have been dancing since the age of four, growing up training at the former Ballet Academy of Performing Arts in Edmonds.  Here I not only received experience in formal ballet technique but also became a teaching assistant then progressed to instructor and eventually assistant director and last year director before it’s closing.  I have a BA from the University of Washington in interdisciplinary arts with a focus on culture, literature, and the arts.  I had the opportunity to be a company member of Seattle based Sixth Day Dance Company over the years and pursued training in jazz, modern, and tap technique as well at BAPA.  I have 15 years of teaching experience and love getting to instruct dancers of all ages.  The little one’s bring such enthusiasm and wonder to the studio and the seeing my older dancers progress throughout a season brings me such joy.  I am excited to bring all of these experiences into my own studio and create a space that can reflect the joy that dance has given me throughout my life.
​
Fun Facts:
2018 was our year of 3’s! We added a 3rd studio and we welcomed our third child Beckett Ryder into our family. Big sister Ryla Grace and big brother Lochlan William love to be at the studio and I feel immensely blessed to be their mom as well as do what I love at Haven.

Most people don’t realize I have a very adventurous side as well and have gone skydiving and enjoy camping.  My husband and I are also avid Sounders FC fans! 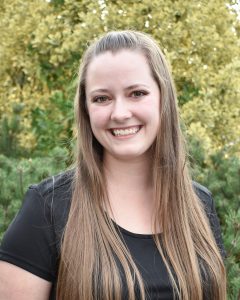 I have been dancing for over 15 years both locally and at Cottey College in Missouri. I began teaching at the Ballet Academy of Performing Arts in Edmonds and am now continuing with Haven Dance Academy. I feel that Ballet is not merely something that I do; it is an expression of who I am. I love working with children, sharing the gift of dance with them, and helping them to find their creative niche in an encouraging, supportive environment. I am very excited to be part of building the community here at Haven, both in the classroom and behind the scenes in the office! I hope to share the joy of dance with my young daughters, Liliana and Isabelle.

One of my favorite dance memories is from early high school. I had volunteered to perform a solo for a ladies Bible study group, but the floor where they had me perform was pretty slick. In the middle of the dance I slipped and fell down to my knee (which really hurt) but I stood right back up and finished my dance. Afterward, I hobbled over to my mom and asked if anyone had noticed. She didn’t know what I was talking about and neither did any of the other ladies- evidently they assumed it was all part of the choreography. After that day, I wasn’t nervous about performing anymore, because I realized that if you pretend like you did everything correctly, the audience will believe you. 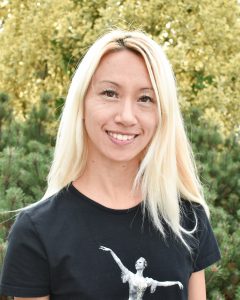 Jessica began dance classes at age 4 and continued dancing through her childhood into her teens at various academies in San Francisco, California. While attending Pre-professional ballet programs such as the Academy of Ballet and the Oakland Ballet, she became certified in Pilates through Ellie Herman Studios. Then while teaching Pilates and dance, she went on to become a professional ballet dancer and joined small, local companies. After moving to Washington, Jessica spent 4 years teaching ballet at Lynnwood Rec Center as well as a few other academies. She is very pleased to start teaching classes at Haven and hopes to share wonderful techniques and styles with her students.

Jessica and her husband currently have a performance project together called Mental Tronde de Jambe, consisting of 4 musicians and 2 dancers. They work for the City of Seattle and perform regularly at different venues.  In her spare time, she enjoys knitting and spending time with her 2 dogs.

Kat has been a student in dance since she was 3. At 12, she fell in love with Riverdance, and a passion for Irish Dance was born.  She has competed locally in Solos and Teams, but her passion lies within the community building dance can bring. Since beginning teaching in 2004, Kat’s excellence in form and line, as well as a foundation focused on longevity and passion for dance is what brings her students success. Outside of dance, Kat sings Barbershop harmony both in Chorus (A Cappella Joy) and in Quartet settings! She also runs a summer camp (Harmony Explosion NW) focused on Barbershop style music.

Abigail Zimmerman grew up in the small town of Grays River, WA. She holds a BFA in Dance and Pilates Mat certification from Cornish College of the Arts. Abby grew up dancing at Maddox Dance Studio in Warrenton, OR, where she spent many years performing in The Nutcracker as a member of Little Ballet Theatre. She has also performed works by local Seattle choreographers Laura Aschoff, Donald Byrd, Dayna Hanson, Wade Madsen, Zoe Scofield, and Deborah Wolf. Abby’s love of travel has allowed her to take classes in Stockholm and Uppsala, Sweden, study at the American Dance Festival in Durham, NC, and pursue her growing interest in Anouk van Dijk’s Countertechnique movement system.

Aside from traveling and performing, Abby also loves to create and choreograph. In addition to choreographing for her students’ annual recitals, her choreography has been performed at the Converge Dance Festival, RAW Seattle’s FIXATE, and the Men In Dance Adjudicated Showcase. She has also assisted in coaching students performing in the Moscow Ballet’s Great Russian Nutcracker through their Dance With Us program. Abby has years of teaching experience in the greater Seattle area, and loves sharing her knowledge and the joy of dance with students of all ages. 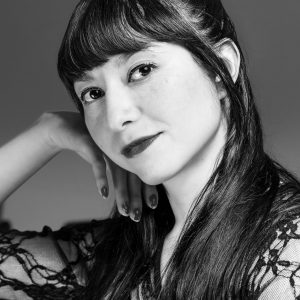 Victoria received her professional training at Academia de la Danza Mexicana INBA, where she graduated with a BFA in Classical and Contemporary Dance. In 2007 she moved to Seattle where she continued her training with the International Ballet Academy. Victoria has performed for various dance companies such as International Ballet Theater, Evergreen City Ballet, ARC Dance, City Opera Ballet, Olympic Ballet Theater and Katy Hagelin Dance Project. As a choreographer she has collaborated with the Seattle International Dance Festival, Katy Hagelin Dance Project, Bohemia, Drybones Artist Collective and Le Faux. Victoria truly enjoys teaching and has been doing it since 2009 for numerous schools in Seattle.

I began my dance training at the age of 6 at Olympic Ballet School. Becoming versed in classical ballet, I performed in many full-length productions including The Nutcracker, Coppelia, and Giselle. More recently, I have started exploring contemporary dance and was honored to work with Vincent Lopez from Spectrum Dance Theatre, appearing in his original choreography. I also enjoy swing dance and served as the president of Swing Club at Edmonds-Woodway High School. Currently I am attending the University of Washington and planning to major in Math.

Marika started dancing at age 4. She has trained locally in ballet, jazz, musical theater, tap, lyrical, modern, and hip-hop. She participated in regional and national competitions with Trilogy Dance Company, where they placed 1st at nationals and who were featured on ESPN. Marika danced with Potion and Kontagious Performing Company, with performances at local shows, the Seahawks Pre-Game Show, as well as some area festivals including Whirligig and Winterfest at the Seattle Center. Marika loves to teach dance and takes the opportunity to do so whenever possible. She previously taught regionally and in Thailand. With a desire to impact students’ individual expression through dance, she brings high energy, passion, and joy to each of her classes.

She has danced professionally with Walrus Performance Productions, and danced with and choreographed for Sixth Day Dance and Intrepidus Dance. She also has enjoyed performing in a couple of musicals.

She lives in Lake Stevens with her husband, Andrew, her daughter, Ava, and son, Theo.